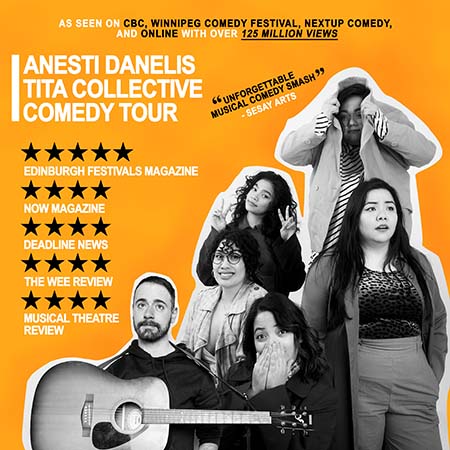 They have been seen on: CBC, Winnipeg Comedy Festival, Global TV, Omni, Extra TV, NextUp Comedy (UK), have been featured on VICE, People Magazine, AV Club, Toronto Star, have consistently gone viral with over 125 million views online, and have toured to their sell out shows to festivals across North America and the UK, and now have teamed up to bring you two hilarious shows in one evening.

❝Catchy tunes that had the audience howling... wildly inventive weirdness❞ - Mooney On Theatre